The microwave oven, or call it the be-all end-all appliance for modern kitchens, was introduced to us in the 20th century. Since then, microwave ovens have gradually evolved into resourceful variants catering custom needs of commercial and domestic kitchens. Owing to their unprecedented functionality, you’ll find some type of microwave in almost all households across the country.

The earliest form of microwave ovens were primarily used to cook simple meals and reheat leftovers. But with time, thoughtful modifications in their design enabled newer microwaves to grill, roast and bake alongside their primary usage. This variation in their versatility makes it all the more important for us to know all the available types of microwaves, how do they work and their corresponding functions.

Below, we discuss the most prevalent types of microwave ovens classified on the basis of their functionality. There are five types of Microwaves oven available in the market. They are:

A standard microwave or a solo microwave is the most basic and elementary kind of microwave. These are usually manufactured to be placed over countertops. The magnetron produces high-frequency microwaves that excite water molecules in the food raising its temperature.  Most solo microwaves can also be used to defrost frozen food.

Note that you cannot grill, bake, roast, steam or toast meals in a solo microwave. There are some exceptions to it though. For instance, look at this guide on steaming carrots in microwave.

Grill Microwaves are a notch better than standard microwave ovens but a bit less versatile than their convection counterparts. These include a heating element at the top or bottom acting as a radiant heat source in addition to the magnetron that produces microwaves.

The additional heating element enables grill microwaves to roast meat and vegetables as you could in a conventional oven. The only feature that limits a grill oven to be a good baking appliance is the absence of a fan to distribute the heat evenly. Owing to the additional functionality, grill microwaves are slightly costlier than standard microwave ovens.

It has an integrated fan/ blower that forces the hot air effectively and evenly around the food and therefore eliminates temperature differences within the cavity. This even heat distribution enables it to bake cakes, bread, pizza and other baked goodies. You can heat, grill, brown and bake with a convection microwave. It has a defrost option too.

To summarize, you can use a convection microwave to cook all that you’d use a standard microwave and a convection oven to cook otherwise. I’d advise viewers to opt for a model that has a heating element at the top and the convection fan in the rear of the cavity for optimal results. Additionally, more kitchens that undergo a revamp consider putting their microwave beneath the counter to clear the work space. These may either be built-in compatible microwaves or microwave drawers. Needless to say, for the convenience they add to a kitchen, they are sold at higher prices and involve installation efforts.

4. Over the Range Microwave Oven

An over-the-range, over-range or otr microwave is essentially meant to be installed over a gas or induction range. These may be standard microwaves or convection microwaves like the countertop configuration with some additional features.

Another set of features that set them apart is the vent fans and worktop lights. The vent fans in most models can be adjusted to vent smoke/odor outside the kitchen or to recirculate it within. Whereas the cooktop lights installed in the undersurface of the microwave account for adequate work surface illumination. These add-ons makes them ideal for under-cabinet installation and restrict their usability as a countertop appliance. These additional features are absent in built-in microwaves and hence, they may be installed on a countertop without much concern. (Check more differences between over-the-range and built-in microwaves).

The factors that govern the price poin t of over-the-range microwaves include the nature and effectiveness of vent fans, inclusion of convection fans, cooktop light settings and other smart features.

Most over range microwaves come in standard 27″ or 30″ widths. Some people prefer to opt for an over the range microwave to clear some counter space while others to avoid installing a dedicated range hood. Also, users acclaim the functionality that an over-range configuration offers to their kitchens being installed at eye-level.

A built-in microwave is typically designed to be installed within the cabinetry giving a sophisticated and seamless look to the appliance wall of your kitchen. Being installed off the counter, these do clear a lot of counter space and add enhanced functionality to your kitchen. Built-in microwaves are often seen coupled with a traditional oven; better known as a wall oven microwave combo. Owing to a plethora of features to lookout for, it may become a tricky task to select one for your kitchen.

Built-in microwaves, owing to the added convenience, are sold at higher prices than regular countertop or over-the-range models. Furthermore, installing a built-in microwave needs professional assistance adding to the initial investment. These also, may be found with standard microwave settings or convection settings like other configurations. Some augmented models come with top-of-the-line features combining the functionalities of a microwave and an oven. These are termed as speed ovens and are known to reduce cooking times by 2-4 times that the standard. GE advantium microwave ovens are a prime example of these speed ovens.

Convection ovens do not essentially work on the principle of microwaves or any other EM wave for that matter. I’ve only included these in my list to differentiate them from the convection microwaves which these are often confused with.

Inspired by the countertop configuration of microwaves, countertop convection ovens came into being for improved baking, grilling and roasting functions. As mentioned, these do not have a microwave source (magnetron) in their body; rather there’s a heating element at the top or bottom of the oven cavity. This heating element with the help of convection fans produces and distributes heat all around the cavity. These can be efficiently used to bake, crisp, brown, grill, roast and toast edibles unlike the solo microwaves.

To summarise, I’d say there’s no ideal pick for everyone. There’s so much that affects the suitability of a microwave or any other appliance for that matter to a kitchen. The most influential factors being your cooking requirements, space restrictions and of course, your budget.

1. Can you bake in a Standard/Solo Microwave?

Yes, you can. But we don’t recommend. A regular/standard microwave is often used to reheat previously cooked food or to cook simple recipes and not for baking. What prevents a standard microwave from being a good baking appliance is the presence of hot spots in the cooking cavity. On the hand, a convection microwave or a convection OTG for baking forces hot air in the cavity eliminating temperature differences. This provision leads to even an faster cooking hence better baking and roasting results.

2. Can you bake in a Grill Microwave?

Yes, but you’ll probably get unevenly baked cakes. Grill Microwaves are essentially standard microwaves with an additional heating element at the top or bottom. This provision is, however, only beneficial for grilling, roasting or browning edibles. The radiant heating coils generate heat and rely on natural radiation to heat up the cavity. Baking results in such grill microwaves won’t be as consistent as dedicated OTG ovens or Convection microwave ovens that have a fan to distribute heat evenly.

3. Can you use Metal in a Convection Microwave?

When a convection microwave is used on the microwave setting, it is highly recommended to NOT use a metal container to cook food items. The reason being, the metallic base will not allow the microwaves to penetrate through it and hence, the part in immediate contact with the metal plate will not be cooked properly. So, in basic terms, you’ll have an unevenly cooked meal if you use a metallic utensil to cook something in your convection microwave on the microwave setting. Whereas, on the convection setting, the source of heat is a radiant heating element which is amplified using the fans. Cooking on such a setting may not affect the evenness regardless of what the material of the utensil is.

Recent high-rated microwave models average at around 1200 watt of power output which is clearly enough to cook you meals on the go. However, outdated models with a power rating of 700 watts or less may not be just as efficient. Not only will such microwaves take more time but also contribute to uneven cooking.  I’d recommend my readers to stick to threshold power rating value of 1000-watts to avoid any potential remorse when buying a new microwave.

5. What’s the Difference Between Convection Microwave and Convection Oven?

A convection microwave, on the other hand, is perfect for people that often bake, roast, grill or brown their meals besides the regular microwave functions. Although a bit pricey than standard microwaves, convection microwaves bring a whole lot of additional cooking options to your disposal.

If your kitchen layout is a bit constricted and you won’t appreciate another appliance eating any more of your counter space, you may opt for a built-in microwave.

For augmented convenience in a built-in oven configuration, a wall oven microwave combo is the best bet for modern kitchens. 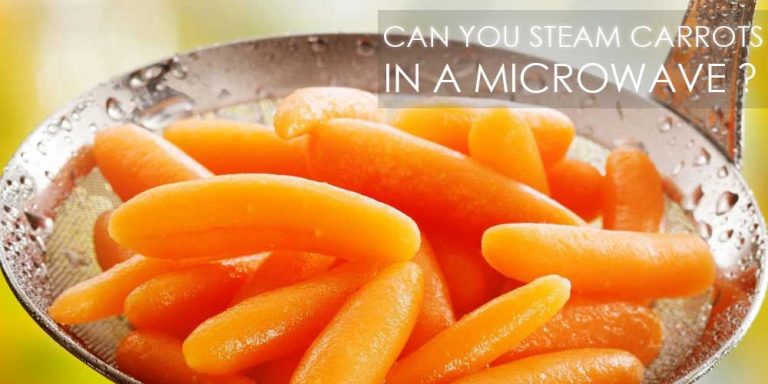 One thing that may stand out to all health and food aficionados everywhere is the importance of boiled and steamed veggies in your daily diet. Not only are they extremely important for a nutritious diet, but they can also be surprisingly delicious. Steamed broccoli, corn, carrots – all of these are truly underrated in their… 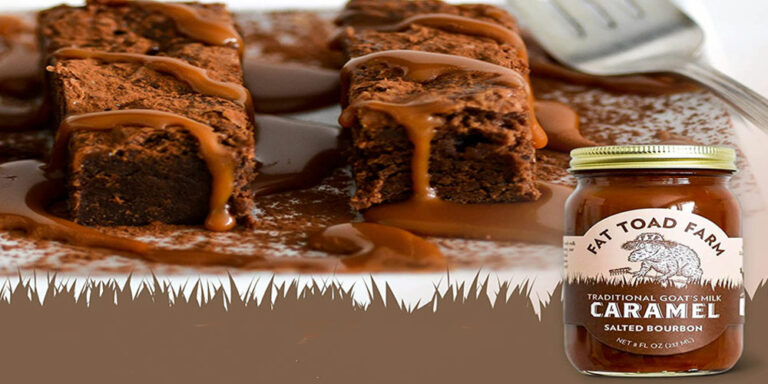 Spread greedily over pancakes, sprinkled over gelato, or slathered in the centre of a brownie, salted caramel sauce is as versatile as they come. It can be whipped in the ganache of an abundant delicious chocolate torte, threw into the stewed apples of a collapse, or dolloped in a cheesecake. Golden brownish and also sticky… 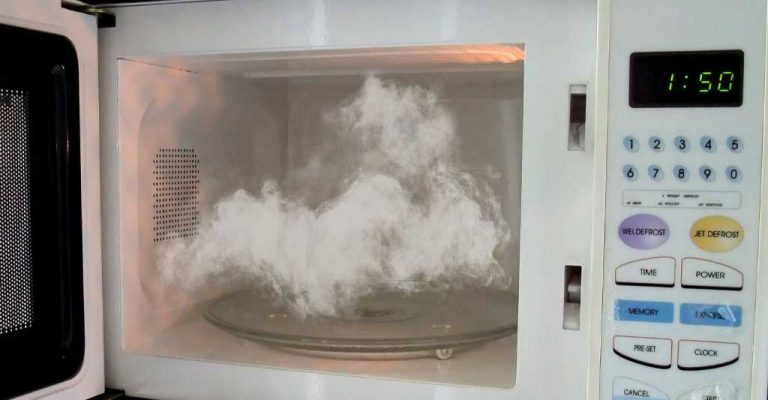 Technology has brought us this far that whatever we imagine and wish for, comes before us at the click of a button, literally. Take for instance, the simple task of heating up cold food taken out from the refrigerator. Earlier, it’d involve effort to heat it up on a stovetop griddle but not anymore! A… 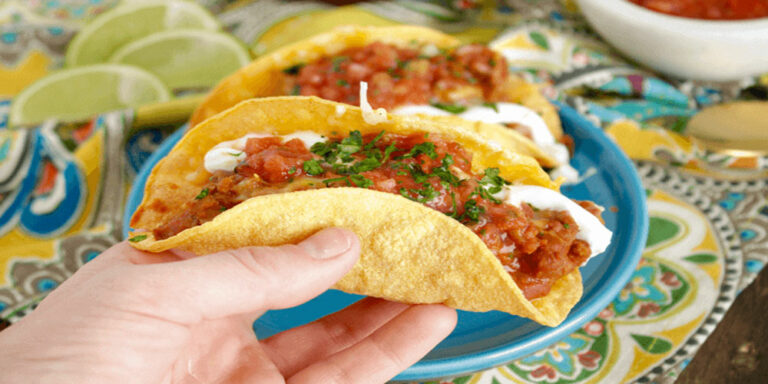 We know the secret behind why McDonald’s french fries are so habit forming as well as just how Chick-fil-A chefs its trademark hen to excellence. However when it comes to Taco Bell’s oft-raved-about beef tacos, we couldn’t help however wonder what makes them the tac-o’ the town. Whether you like to confess or not, Taco… 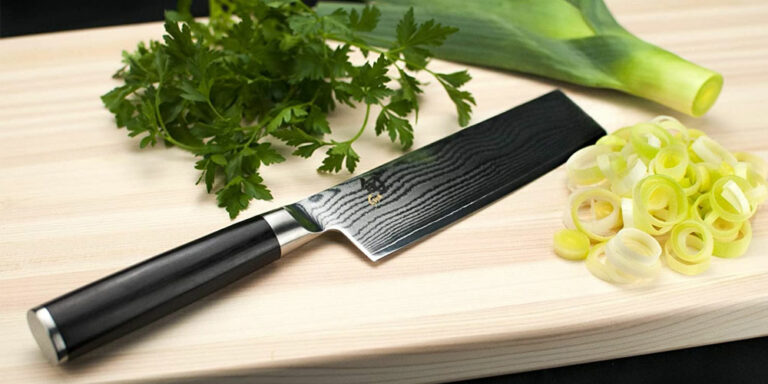 Slicing veggies is not a cooking area job that’s reserved for leading cooks from television or an expensive restaurant. It’s something all of us do quite often as a matter of fact. Certainly, any sharp blade can reduce most veggies, yet after a long, difficult day, it behaves to have the best device for the… 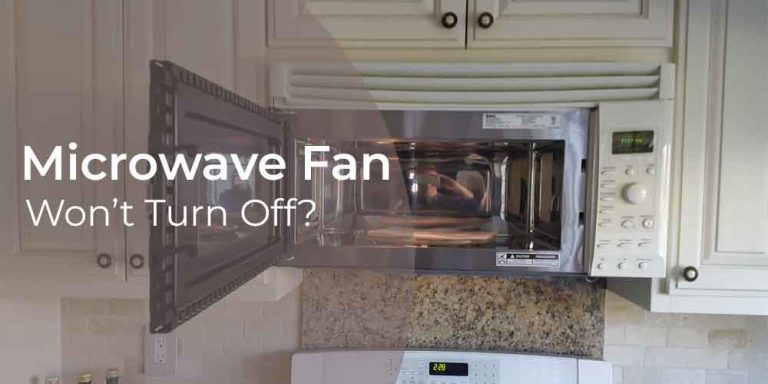 Microwaves are becoming one of the most heavily used appliances in households these days. Owing to their continuous use, they have also become more prone to encounter minor glitches that might hinder their functioning properly. Sometimes after a long day with the microwave, you may find a continuous buzzing sound emanating from it, even after…